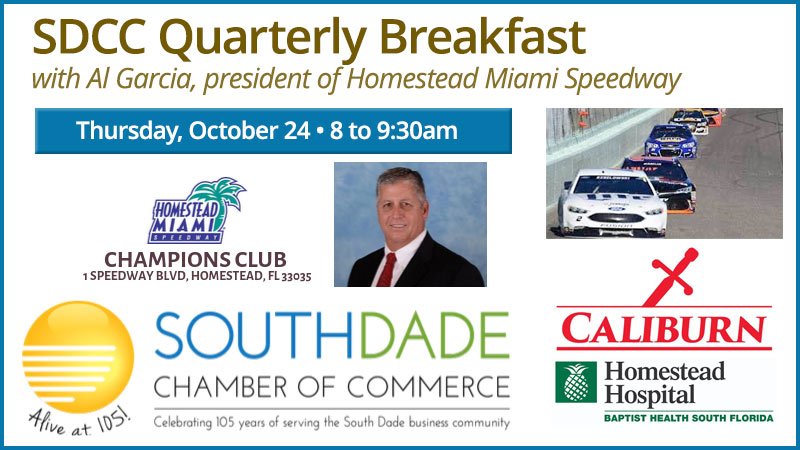 Attend the South Dade Chamber of Commerce quarterly breakfast from 8 to 9:30am at the Champions Club above the Speedway, with guest speaker Al Garcia, president of Homestead Miami Speedway.

Al Garcia was named President of Homestead-Miami Speedway on June 25, 2019, bringing with him more than 35 years of experience in the motorsports industry, a career which started when he began working for the track’s late founder, Ralph Sanchez.

When ground was first broken on Homestead-Miami Speedway in August 1993, Garcia played a pivotal role in the design and development of the facility that would host its first NASCAR races a little more than two years later. He also has overseen more than $100 million of capital improvement projects to the track since its opening, including an extensive re-banking project (2003), the installation of lights (2005), a state of the art media center (2008) and Champions Club (2005), the track’s premier premium hospitality area.

Tickets are $32 in advance for members and $42 for guests or late registrations.