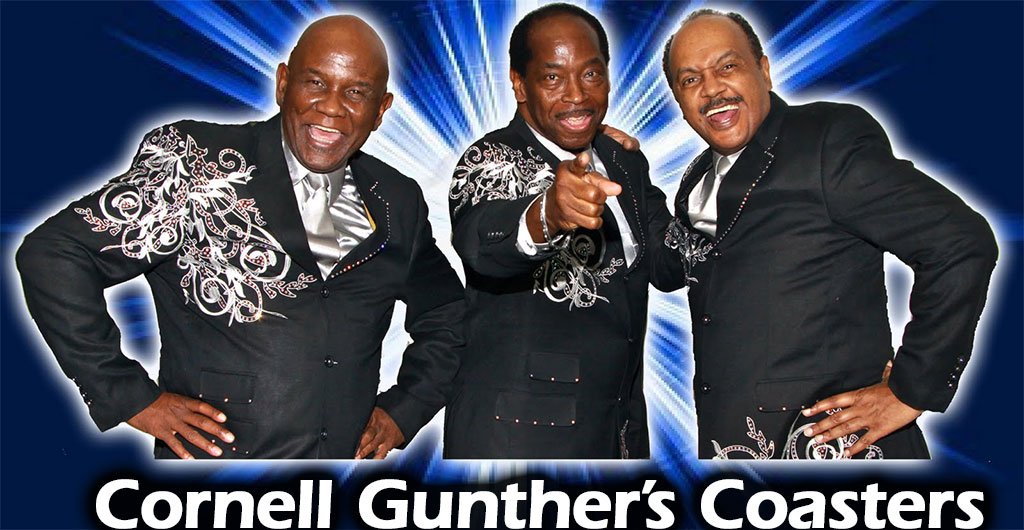 See Cornell Gunther’s Coasters live in Concert at the Seminole Theatre on Friday, March 3 at 8pm.

The Coasters are an American Rhythm & Blues and rock ‘ n’ roll vocal group that had a string of hits in the late 1950s. Although the Coasters originated outside of mainstream doo-wop, their records were so frequently imitated that they became an important part of the doo-wop legacy through the 1960s.

The Coasters’ hits also comprised a major portion of the song score for the 1994 musical revue Smokey Joe’ s Café, a retrospective of Leiber & Stoller songs that received one Grammy Award and seven Tony Award nominations following its 1995 Broadway debut.

From “Yakkety Yak” to “Charlie Brown” to “Poison Ivy,” these monumental songs helped induct The Coasters into the Rock and Roll Hall of Fame in 1987.

Don’t miss the Cornell Gunther Coasters live in concert at the Seminole Theatre in Homestead on Friday, March 3 at 8pm.