Home »Event »Evening In The Round – Nashville to Homestead 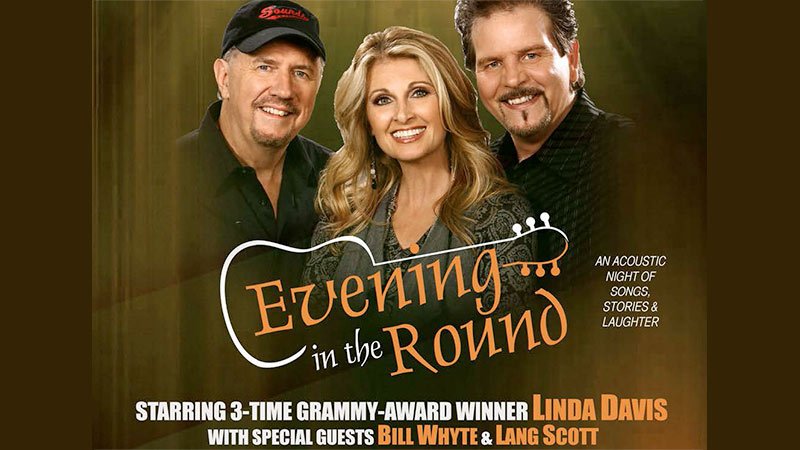 Three talented singer/songwriters bring a little taste of Music City to Homestead when Evening In The Round performs at 2:30pm at South Dade Senior High School Auditorium, presented by Homestead Community Concerts. The intimate afternoon of acoustic music, features Grammy Award winners Linda Davis and songwriter Lang Scott. The third member of this amazing group of artists is Bill Whyte, also a noted songwriter from the Nashville scene.

Early on, Davis gained a legion of friends and fans in the music industry, including Reba McEntire. This respect led them to record the duet “Does He Love You?” The duet song became #1 and earned them a Grammy Award.

Lang Scott has long been one of Nashville’s most consistent and sought after musicians and vocalists, having toured with Reba, Garth Brooks, Kenny Rogers and the Statler Brothers.