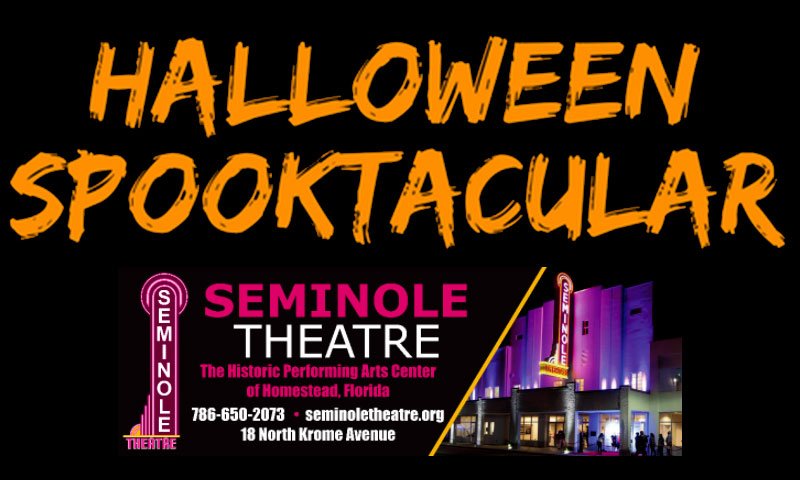 The Seminole Theatre at 18 North Krome is presenting a fun-filled Halloween program for the entire family. 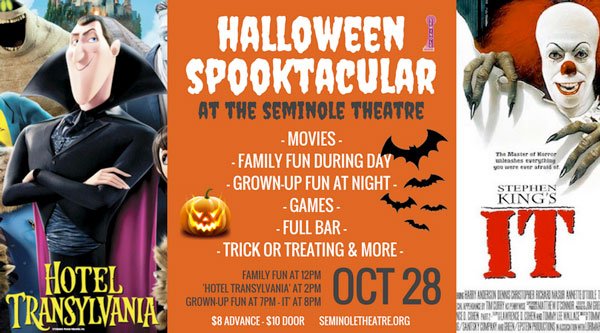 The Kid’s Spooktacular starts at noon and includes trick or treat, games and crafts, a costume contest and the movie. Starting at 2pm, Hotel Transylvania is a 2012 American 3D computer-animated fantasy comedy film starring the voices of Adam Sandler, Andy Samberg, Selena Gomez, Kevin James, Fran Drescher, Steve Buscemi, Molly Shannon, David Spade, and CeeLo Green. The film tells a story of Count Dracula, the owner of a hotel called Hotel Transylvania where the world’s monsters can take a rest from human civilization.

Then, at 7pm, the big Spooktacular for adults includes a full bar, games, a costume contest and a scary movie for $8. Starting at 8pm, “It: Chapter One” is a 2017 American supernatural horror film directed by Andy Muschietti, based on the 1986 novel of the same name by Stephen King. The film tells the story of seven children in Derry, Maine, who are terrorized by the eponymous being, only to face their own personal demons in the process.