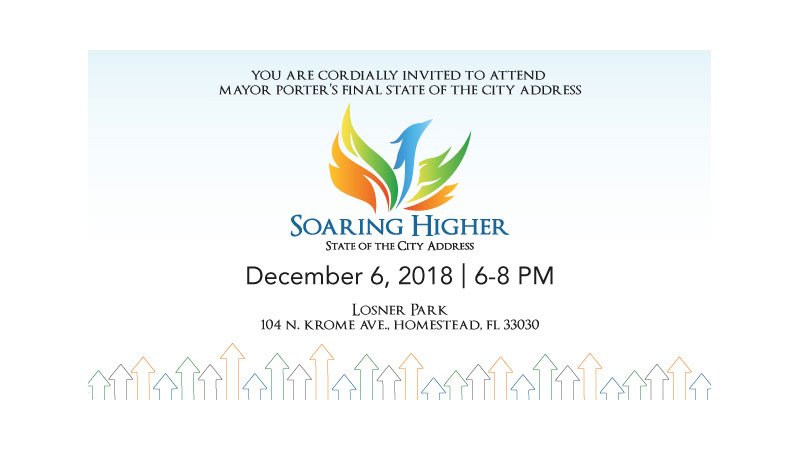 Mayor Jeff Porter’s Final State of the City: Soaring Higher takes place on Thursday, December 6th from 6 to 8pm at the Seminole Theatre.

Soaring Higher is the story of Homestead’s past, present, and future as told by the people that contribute to its success every day. The short film delves into Homestead’s journey through hardships and triumphs over the past 25 years, as well as recent developments and Homestead’s vision for a brighter future.

“Homestead is soaring higher than it has ever before, thanks to the efforts of an entire community,” said Mayor Jeff Porter. “Homestead wouldn’t have the bright future we envision if it weren’t for every single person doing their part. Soaring Higher celebrates all we can accomplish together as a city.”

For the fourth year in a row, Mayor Porter selected an accessible and dynamic video format to share the State of the City so that its message goes beyond just one night. The premiere of Soaring Higher is free, open to the public, and features a catered reception sponsored by The Palace Gardens immediately following the screening.

Following the premiere, Soaring Higher can also be seen on the City of Homestead’s local access channel, Facebook and Vimeo.