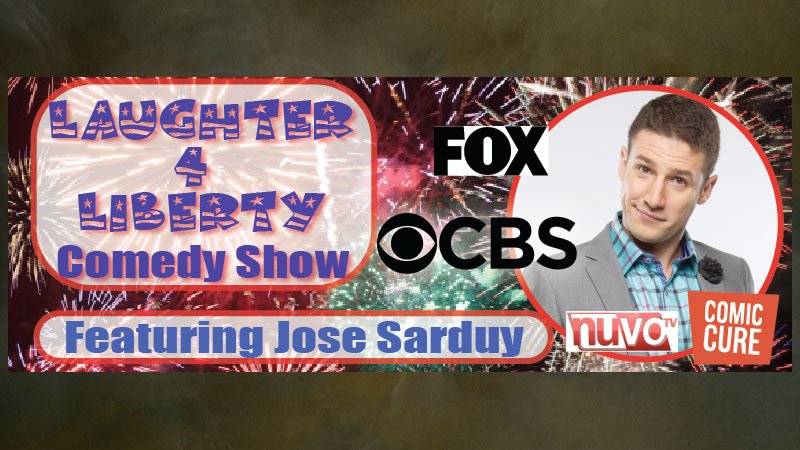 Celebrate your liberty with us this Independence Day weekend by having some laughs at the Seminole Theatre. The Laughter 4 Liberty Comedy Show starts at 8pm with a hilarious lineup of stand-up comedians headlined by Air Force Pilot Jose Sarduy, who is making the most of his time on the ground with some hilarious comedy.

General admission tickets are just $15 in advance ($10 for active duty and veterans) and $18 the day of the show. Doors open at 7 pm.

Stay after the show, meet the comedians and enjoy some 2-for-1 specials at the Seminole Theatre Bar.