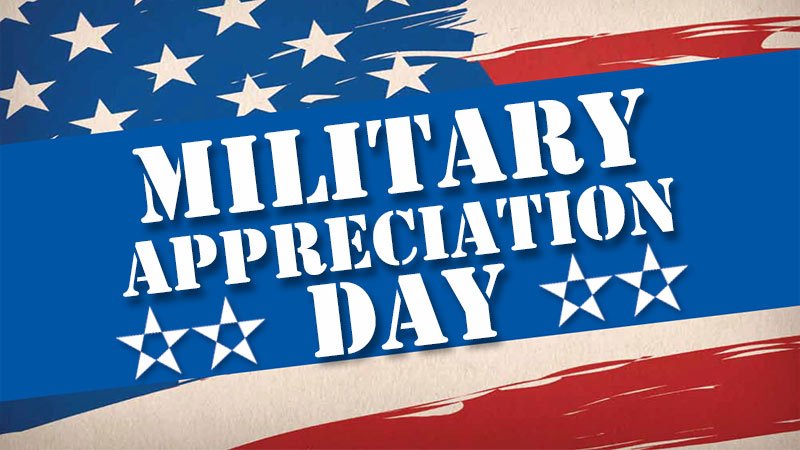 Bring the family out to downtown Homestead for a wonderful day of celebration and appreciation of our nation’s military members and families, from 2pm to 7pm with specialized military vehicles and interactive displays. A free community event — Military Appreciation Day aims to better unify civilians with all branches of the military.

Enjoy food, drinks, live music, and performances while checking out vintage and modern military vehicles such as boats, weaponry, and other interactive displays. Attendees will also be treated to a K-9 demonstration by the Homestead Police Department, and games and activities inside the children’s area.

At the center of it all, teams will battle in an epic Military Fitness Competition to win a cash prize to be donated to a military charity of their choice. Each team of two will perform a modified “Bruck” Hero Workout Of the Day honoring a fallen Coast Guard Petty Officer based at the Coast Guard Air Station Miami. All competitors must be active military members, reserve members, veterans, police, or fire personnel.

The Military Affairs Committee (MAC) will also offer a $10 food voucher to active military members, reserve members, and veterans with a valid military ID. The vouchers are picked up at the MAC tent and can be redeemed at the festival’s food trucks and other participating restaurants and retailers in Downtown Homestead. There will also be a limited number of Mother’s Day flowers available for military mothers.

Following the main festivities at Military Appreciation Day, the Seminole Theatre will host the “United We Stand-Up” Military Comedy Showcase at 8pm. The show features a hilarious line-up of comedians who have all served in the Armed Forces. Tickets are $15 for general public and $10 for military and veterans. They can be purchased at the Box Office located at 18 North Krome Avenue, or online: http://www.seminoletheatre.org

In the spirit of honoring freedom and service, the north side of the Seminole Theatre will be adorned with a 40-foot American flag for the month of May, which is Military Appreciation Month. Crews will also decorate Krome Avenue with and yellow ribbons and American flag banners.

The event is a community effort organized by the City of Homestead in partnership with the Homestead Reserve Air Base, the Military Affairs Committee, the South Dade Chamber of Commerce, the Seminole Theatre, and Homestead Main Street. For more information, call 305-224-4570 or visit the web site: visit https://www.cityofhomestead.com/325/Military-Appreciation-Day