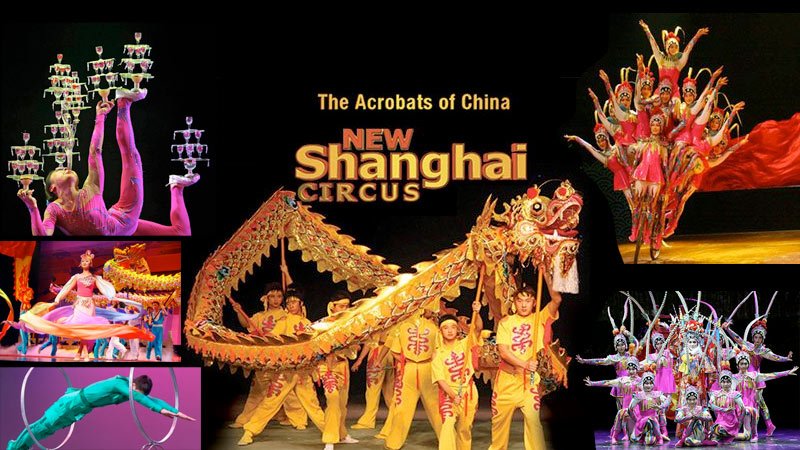 The New Shanghai Circus comes to the Seminole Theatre for one performance on Saturday, February 9 at 8pm. Astonishing athletes defy gravity and execute breathtaking feats as they stretch the limits of human ability in this spellbinding show. Fearless performers with boundless energy bring you more than two thousand years of Chinese circus traditions.

If it’s humanly possible and even if it’s not! Shanghai acrobats, jugglers and contortionists do it with spectacular flair. Direct from China, this troupe has been wowing audiences for 16 years.

The Chinese acrobatic tradition dates back to 700 B.C.; that’s over 2,000 years of tumbling, balancing and juggling. Ancient stone carvings, earthen pottery and early written work trace the ancestry of today’s spectacular acts. Relics tell the tales of famous acrobats like Confucius’ father, who is believed to have lifted a pair of 1,000-pound city gates to let an army storm through.

The art of Chinese acrobatics developed out of the Lunar New Year harvest celebrations, where the village’s peasants and craftsmen would hold a kind of Chinese Thanksgiving. Acrobats would use household tools and common items found around the farm and workshop as part of their exciting feats. Performers passed their skills down from generation to generation and great acrobatic families of China entertained everyone from city rulers to village people, performing at ceremonial carnivals and public theaters across the country.