Home »Event »The Chipper Experience! Where Comedy and Magic Collide! 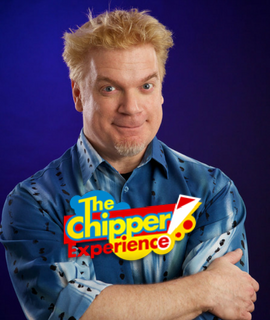 Bizarre juggling stunts! Jaw-dropping mentalism! Magic and music! Stand-Up! And that’s just in the first 15 minutes of The Chipper Experience, starring comedian and magician Chipper Lowell. He brings to The Lyric a show the Los Angeles Times called “Frenetic, Feverish and Hilarious,” and CBS News said it was “One of the coolest things we’ve seen!” Lowell, twice Comedy Magician of the Year, is a manic red-head who specializes in edgy yet clean comedy and magic. He has been seen on The Tonight Show, Show Me the Funny!, the Disney Channel, and on all four seasons of the Masters of Illusion on the CW network.

These days, Lowell is touring with The Chipper Experience! Where COMEDY and MAGIC Collide. It is a family-friendly stage production that has toured the world. In 2006-2007, it ran for a record-breaking 12 months at the Horizon Casino Resort in Lake Tahoe. You can bring friends and family from 9-99 and join in the fun!