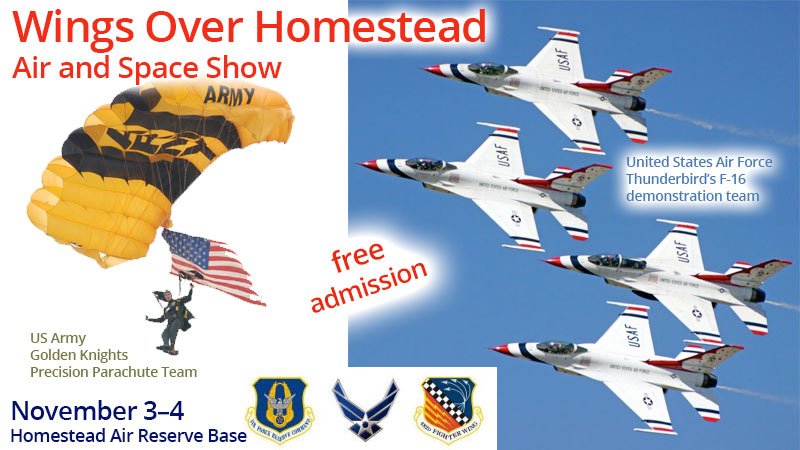 Gates open at 8am and performances begin at 10am. Activities are finished by 5pm both days. Please arrive early to avoid traffic. No one will be admitted after 3pm.

Admission is free to the general public and tickets are not required. A limited number of preferred “Flight Line Club Seating” tickets are available for each day (300 per day).

Numerous food, beverage and memorabilia vendors will also be on hand to make the experience even more enjoyable for the public.

Flying the Lockheed Martin F-16 Fighting Falcon, more than 280 million people in all 50 states and 57 foreign countries have seen the red, white, and blue jets in more than 3,500 aerial demonstrations.